Plutonic Lab – “Deep Above The Noise”

Check out the new release by Melbourne’s own, Plutonic Lab.
It’s getting rave reviews right around Australia. Below is part of the review by Alex Osborne:

” For a long time, I only knew Plutonic Lab through the rappers he produced for. It wasn’t until I was playing some Australian hip-hop for my teammates in the States that someone said, “dude, the beats are insane,” which sparked a little investigation into who produced what.

At the top of the list was Plutonic Lab, and I’ve had a lot of time for him ever since; he has produced some of the greatest Australian hip-hop tracks of all time, as well as the mighty Pegz’ albums and one of my favourite groups, Muph & Plutonic. But take away the rappers and voices and Plutonic Lab still stands in high ground on his mainly instrumental solo albums.

It’s been 11 years since his last solo album, Codes Over Colours, but he has by no means been on a hiatus. He has still been producing amazing tracks and albums for Dialectrix, Speech Debelle, Gully Platoon, Jess Harlen, and more, as well as performing live with Hilltop Hoods. Plutonic Lab has this year finally take some time out to release his own new solo album, Deep Above The Noise, out via Wax Museum Records.

Right from the first scratch 13 seconds into the opening track Out Of The Night, I could tell Plutonic had grown and taken new inspiration from some of the more abrasive electronic hip-hop producers of today, and has created a more space-age, futuristic album than in the past.” 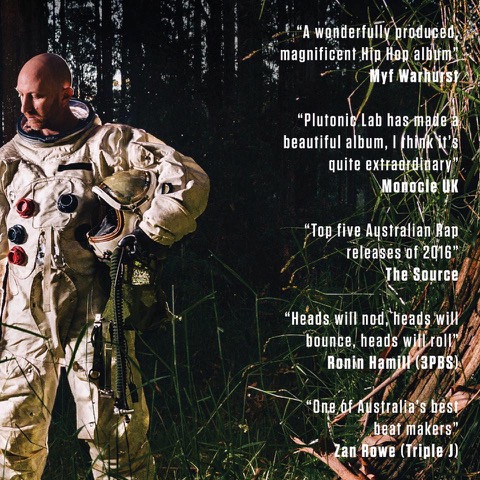 What To Supply For Mastering Emastering Studio A Contact Us